skip to main | skip to sidebar

As featured on NBC's Today Show with Al Roker I found two more site that has practical information on IPTV and its contents. One is btelevisions.com anf another is tvunetworks.com. It is prety new to me.
If you have anybody tried it, please let me know what you think. It seems a little bit different from TV or downloaded media files.... more
Posted by Webby Song at 1:49 PM 1 comment:

IPTV, how close we are?

My Friend mentioned IPTV this morning and got very excited to own a station. I was not sure if it is that easy like to own your domain name. I did some surfing on the web and found some informations on it.

Here is one of them. Following Article is from engadget.com and written by Darren Murph. To original article Also there will be a Forum in London next March on this, FYI.
"We know, it was a year ago yesterday that we had this very same conversation, but apparently, cable companies aren't heeding the advice of analysts. According to yet another study, this time by ABI Research, "cable providers will soon be faced with a serious bandwidth crunch" as more and more individuals look to online gaming, video-on-demand, and IPTV for enjoying their precious moments of leisure. Compounding the problem is the growing demand for more HD channels in the lineup, and considering that the satellite operators are already raising the bar, cable carriers can only play dumb for so much longer. Stan Schatt, VP and research director for ABI Research, was quoted as saying that "digital switching is key" to releasing some of the strain on current infrastructures, and while we aren't ones to believe that the influx of online TV delivery will debilitate the internet (or cable providers), something seemingly has to give -- and soon."
Posted by Webby Song at 12:53 PM 1 comment:

Google Labs India: A present from Google to India 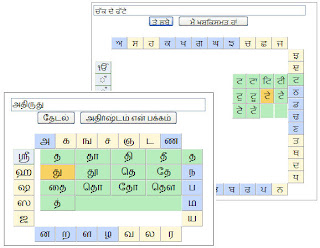 "Keeping up with the spirit and celebrations of India's 60th year of Independence, we present to you a new platform that showcases our favourite ideas for Indian users: Google India Labs. Enthusiastic bloggers noted our initial announcement on 15th August; now here's the full story."

How much should it cost to build a networking website?

By overlooking project leads site like designquote.net or getafreelancer.com , I noticed that there are quite a number of proposal requests related to networking site like Myspace.com or Facebook.com. It seems like a big trend in the market.

Myself as a programmer, I wonder how much it would cost to build a site like that. It cannot be done by one programmer and one computer for sure. Just without thinking further, I can count things that are related so easily. It would require eye-appealing design, trendy functions, huge database system and middle ware to swallow all the information, not to mention of nice and steady servers. You cannot forget all the human resources to perform all that.

One of my colleague is saying 75,000 to 100,000. But that is just the planning and building it. So, not sure how much would be the best guestimate but for sure it is not an easy project for few thousand dollars.

See some projects on designquote.net
Posted by Webby Song at 4:02 PM 5 comments:

What is the real problem with Skype?

***Shaun Nichols in California, vnunet.com 20 Aug 2007
VoIP provider Skype said that the massive outage that crippled its service last week was due to a surge of users logging on after installing the latest Microsoft security update. more

Apologies for the delay, but we can now update you on the Skype sign-on issue. As we continue to work hard at resolving the problem, we wanted to dispel some of the concerns that you may have. The Skype system has not crashed or been victim of a cyber attack. We love our customers too much to let that happen. This problem occurred because of a deficiency in an algorithm within Skype networking software. This controls the interaction between the user’s own Skype client and the rest of the Skype network.”more

“Rest assured that everyone at Skype is working around the clock — from Tallinn to Luxembourg to San Jose — to resume normal service as quickly as possible.”

Quick diagnosis, customer and media communication and of course, quick and enduring fixes are the benchmarks for how telecommunications companies manage service disruptions such as this,
Posted by Webby Song at 2:36 PM 1 comment:

The IPhone Is Internet Explorer 4 All Over Again

By Scott Gilbertson on Wired

Facebook, Netvibes and Meebo all launched new iPhone-optimized versions of their sites this week, and all three of them are very nice. But wasn’t one of the promises of the iPhone that it offered “a real web browser?” If that's so, why all the iPhone-optimized sites? And why are these sites being optimized for the iPhone specifically and not just “mobile optimized?”

Changes on Robots.txt for a better recognition for site maps.

"Today, Google has improved its Robots.txt analysis tool to better recognize sitemap declarations and relative URLs.
Google's new and improved version of the robots.txt file now tells a site owner or webmaster whether the sitemap's URL and scope are valid.

According to Google, overall testing can also be done against relative URLs with a lot less typing.

Line reporting is also better too. Webmasters now will be told of multiple problems per line if they exist, unlike Google's earlier versions which only reported the first problem encountered.

Google has also made other general improvements to the robots.txt analysis tool and its overall validation."

Photo for the day

Isn't it just beautiful and mysterious. Love it.

DesignQuote.net Projects up for bid.

phpquote.net Projects up for bid.